A third would put something in the mouth of a person having a seizure to stop them swallowing their tongue - but doing so could block their airways.

The authors questioned 4,605 staff and students from the university on what happens when someone has a seizure and how they should be helped.

The authors focused on four key myths surrounding seizures: the need to call an ambulance, the need to put something in their mouth so they do not swallow their tongue, and the incidence of foaming at the mouth and violence in seizures.

In fact, foaming and violence are not common symptoms of seizures but many people still believed these myths.

People aged over 65 were more likely to believe the myths than younger people.

For example, 30-35% of those aged under 65 would put something in the mouth of someone having a seizure, but 57% of respondents aged over 65 said they would do so.

The authors also found that awareness of the right things to do when someone has a seizure was higher in people who knew someone with epilepsy.
Click to expand...

Many 'believe myths' on epilepsy

The authors also found that awareness of the right things to do when someone has a seizure was higher in people who knew someone with epilepsy.
Click to expand...

I KNEW IT! I KNEW IT!
You were going to say something about it!!!!
AND I WAS RIGHT ON THE DOT!

Let's see - you owe me a cheesecake!

The article is interesting in its timing given this recent discussion about a newspaper article at the EFA forums.

A Pizza Hut employee stuck a spoon in a customer's mouth when she realized he was having a seizure. The newspaper said she "used a little common sense and reacted quick*ly to save the man's life."

I wonder if that "Mary Poppins" movie
had something to do with it? Spoonful of sugar Song?
There's been a lot of spoon issues lately.

All Spoons should now have labels on them:

Surgeon Generals Warning:
Placing Spoons in Humans Mouths may be hazardous
to your health; especially if individual is choking, having
unknown or known seizures, heart attack, asthmatic attacks,
or any other type of known or unknown medical condition. 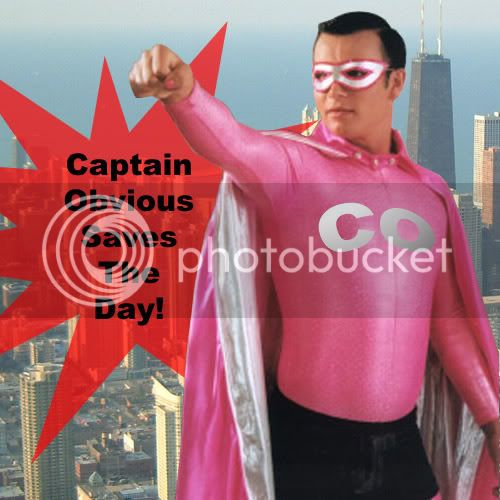 I just couldn't help myself. It was right there just WAITING for me.

I KNEW IT! I KNEW IT!
You were going to say something about it!!!!
AND I WAS RIGHT ON THE DOT!

Let's see - you owe me a cheesecake!
Click to expand... 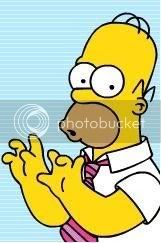 Now in defense of spoons, a utinsel I happen to enjoy, they have a lesson to teach besides NOT jamming one down an otherwise compromised individuals' throat.

Some people believe epilepsy is caused by evil spirits while others think the condition is contagious, according to new research which highlights the many misconceptions.

The survey for the National Society for Epilepsy (NSE) also found that more than one in 10 people believe that something should be put in the mouth of someone who is having a seizure.

Dr Sallie Baxendale, consultant neuropsychologist with the NSE, said people believe this will stop the person swallowing their tongue when it is actually dangerous and can affect their breathing or cause them to break teeth.

She said some of the misconceptions may be a result of the way epilepsy is portrayed on TV and in films.

She said many films showed that putting something in the mouth for the person to bite on had a calming effect. As an example, she cited the 1963 classic Cleopatra, which shows Caesar – played by Rex Harrison – having a seizure but becoming calmer once something is put in his mouth.

Dr Baxendale said there was a time when the word epilepsy would not be mentioned on screen, even if a person showed clear signs of the condition, but its profile has now been raised.

But she added that most of the publicity relates to the possible effect of flashing lights, such as the recent controversies about the logo for the London 2012 Olympics and revamped opening titles for BBC news.

In fact, only five per cent of people with epilepsy have photosensitive epilepsy.

Harry Gillespie, 21, of Worcestershire, who helped Leeds actor Sam Riley prepare for his role as Joy Division singer Ian Curtis in the 2007 film Control, said the question he is most frequently asked is if he can go to nightclubs.

He said people also expect to see a person collapsing and shaking during a seizure but fail to recognise the signs of partial seizure during which the person may appear normal but may be unable to listen or respond.

"I have been pushed off buses by bus drivers and broken my nose, all because they don't know what's going on," Mr Gillespie added.

Alan Morley, 56, from Nottingham, who has had epilepsy for 38 years said sometimes people do not realise he has had a partial seizure.

"Sometimes my wife won't notice, sometimes she will. I might ask her to repeat something."

More than 456,000 people in the UK have epilepsy according to the NSE, equivalent to one in every 131 people. Around 75 people are diagnosed with the condition every day.

The neurological condition is most commonly diagnosed in those under 20 or over 60.
Click to expand...

Exploding the myths around epilepsy

Bite sticks were still used in the early 80s when my E began. I was sent home from the hospital with them after my first sz. We also carried them in the ambulance until at least the mid 80s, but I never used one on a patient.

Talk about some crazy laws, you wouldn't believe some of the out of date equipment we were required to carry on the ambulance. Then that once in ten years that you needed it, it wasn't there.

I know that as soon as my daughter was diagnosed I ran to the school. I spoke to each of her teachers and reminded them that you do not put something in her mouth during a seizure. It's my biggest fear (with falling due to a seizure coming in at a close 2nd). And as far as Dr. Baxendale saying that Epilepsy Awareness is on the rise - I find that hard to believe because right now the "hot" medical issue is Autism. It kinda feels like everything else is taking a back seat.

Saw a news story on Fox news the other day, where they were talking about a case where gentleman was robbed while having a seizure. The legal expert giving an opinion on the case said that the mugger should have stuck the man's wallet in his mouth and called 911 instead. *sigh* When will we get as much attention as the diabetics, asthmatics, and autistics?

A freind of mine just told me about this robbery case last week. She said it was caught on one of those traffic light video cameras and they arrested the s*b. What kind of a** could do that? I was very irate inside when she told me about this incident. :mrt:

She did not mention the news story about putting something in the mouth. Maybe it is a regional thing, but I haven't heard that around here in a long time.

However, even my freind made flailing motions when she was telling the story. Though she has never seen me seize, I know she knows that I have E. I was surprised at her somewhat rude motions, though she was very much in support of the victim.

Shelley, your URL doesn't work, but I was able to figure out which group you were referring to. A lot of the "facts" listed there look an awful lot like opinions to me.


BuckeyeFan said:
Bite sticks were still used in the early 80s when my E began. I was sent home from the hospital with them after my first sz. We also carried them in the ambulance until at least the mid 80s, but I never used one on a patient.

Talk about some crazy laws, you wouldn't believe some of the out of date equipment we were required to carry on the ambulance. Then that once in ten years that you needed it, it wasn't there.
Click to expand...

According to the LOOOnnnnnnnnng thread about this on the EFA site spurred after some waitress 'saved' an epileptic gentleman with a spoon.......'bite sticks' are STILL in use today in some places!
aperbag:

This is what is taught by one of the instructors, because he stubbornly believes that you will swallow your tongue mid tc. He also believes that he is thanked for sacrificing the jaw and teeth, just to keep you from swallowing it. This guy showed us a large blue plastic screw to get the job done.
I thought it was cruel and unusual punishment, and I asked for evidence that his was the right way. I was told to trust him, that even tho' they were moving away from it, he believed it was the right thing to do. He was wrong according to the test we all had to take thru dps. (90's)
Last edited: Jun 10, 2008
P

Fears and Myths about Epilepsy

For many people, having epilepsy has not been as difficult as overcoming the problems associated with the stigma of epilepsy. Most adults with epilepsy can expect to have a normal life span and a full life. A major component of epilepsy education involves dispelling the myths that have long been associated with this disorder.

Some common misconceptions about epilepsy include:

Epilepsy is contagious. Epilepsy cannot be caught from contact with a person with epilepsy.

People with epilepsy are physically limited in what they can do. In most cases epilepsy is not a barrier to physical achievement. In some circumstances, when seizures are not being well controlled, persons with epilepsy may be advised to refrain from certain activities such as driving an automobile, working at heights or working with certain machinery.

Only kids get epilepsy. Although epilepsy is more common in children and teens under age 15, epilepsy happens quite often to older adults, especially those with a history of stroke, heart disease, or Alzheimer's disease. Currently, more than 570,000 adults age 65 and above in the U.S. have the condition.

Epilepsy is no longer a problem since there are medications to treat it. More than three million Americans of all ages are living with epilepsy. Every year 200,000 Americans will develop seizures and epilepsy for the first time. Unfortunately, treatment does not prevent seizures for everyone. Researchers continue to look for new ways to combat this disorder.

You can't die from epilepsy. Epilepsy can become a life-threatening medical condition when seizures cannot be stopped. This year an estimated 25,000 to 50,000 will die of seizures and related causes. Patients with epilepsy have a mortality rate two to three times that of the general population, and their risk of sudden death is 24 times greater.

Visit me at epilepsytalk.wordpress.com
Last edited by a moderator: Sep 2, 2009
M

this is a lot of great information for people to know, thank you for posting it.

I just wanted to let you know I went ahead and moved this so that it would be its own thread, and more people could reply to it appropriately.

PS. Just in case I haven't said so before, welcome to CWE. :bigsmile: I'm sure you're going to like it here.

Meetz1064 said:
this is a lot of great information for people to know, thank you for posting it.

I just wanted to let you know I went ahead and moved this so that it would be its own thread, and more people could reply to it appropriately.
Click to expand...

Hi Meetz, what is her own thread? Where did you move it? Phylis has an address here:
http://epilepsytalk.com/2009/09/13/epilepsy-hall-of-fame/