It took some serious hard work, and four years, but i finally have a First Class with Honours in Biomolecular Science, so here's some shameless self-congratulation. Plus i just wanted to share with you guys that i did it

I still can't believe i actually did it, i felt like i had to work twice as hard sometimes because i keep forgetting things, so much thanks to the past me's that made loads of notes for the future forgetful me's (if that made sense!) 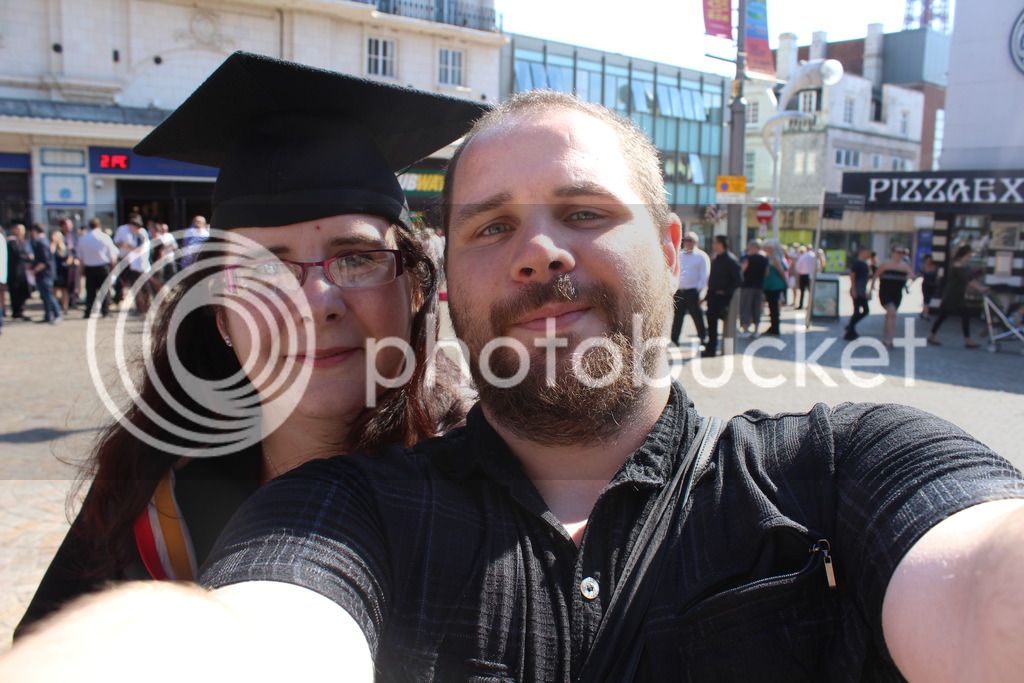 I feel like this has been a long time coming. I kind of missed out on my 20s, and so i'm graduating at 32, now i'm trying to put it to use and see if i can get a job out of it! (neuro says no, but hey, a girl has got to live somehow!)

Edit - wow, sorry those pics turned out massive, i have no clue what's going on there :O

It's amazing that i completed it at all now that i think about it, never mind getting the first. This year i've been changing medications all year, had surgery to get my gallbladder taken out, dislocated my thumb and tore a calf muscle and my achilles, which really played havoc with getting my lab time in lol.

Now if only my neuro would clear me to work. Might do it anyway.
N

Late to seeing this thread, but congrats Loopy!

I'm currently watching my wife struggle to prepare for an exam for a job that she wants. It's so hard for her to retain information right now. She struggled with uni to finish her Master's Degree many years ago, but if she had to go through it today, I don't think she would make it.

I can only imagine the effort and work you had to put in to get your degree. Well deserved and kudos!

I have my first job interview for the NHS next friday, i'm so excited and nervous! I didn't expect to get an interview so soon. It's working in the clean room in the hospital pharmacy, preparing chemo IV's and such, so keep fingers crossed for me!

And yes, it was extremely hard. I felt like i had to put in so many more hours of independent study than others, and i have piles of notebooks full of notes on absolutely everything. I didn't do as well on exams (lowest grade was a B-), but more than made up for it with the assignments, so phew!
N

Had my interview this morning. I'm pretty sure i got 100% on the maths and literacy test, and managed to answer all their questions well enough, but i was so nervous that i kept twitching and touching my face and stuff!

I also forgot to ask when i might hear from them as to whether or not i got the job lol.

Well, if nothing else, it's good experience at interviewing! I didn't bring the epilepsy up, and they didn't ask. If i get offered the job, i'll bring it up then and it can be discussed properly where i can explain my seizure types and how they're not likely to affect my work much in this particular job.

Please keep everything crossed for me!

I didn't get it At least they got back to me the same day so i didn't have hope lingering for weeks.

They said i did well but someone interviewed better, i'm not surprised but it's experience i suppose. Back to the drawing board!

Best of luck on your next opportunity LL.

Loopy Lou said:
I didn't get it At least they got back to me the same day so i didn't have hope lingering for weeks.

They said i did well but someone interviewed better, i'm not surprised but it's experience i suppose. Back to the drawing board!
Click to expand...

Sorry to hear,
When i was looking for work I used to always be glad to get to the interview stage & for me getting the job was the bonus. I hated interviews, was always so nervous & mucked up. I think the only ones I did ok were at the laid back ones.

Good luck with everything in the future

Congrats on the achievement!!

i'm trying to put it to use and see if i can get a job out of it! (neuro says no
Click to expand...

After getting Honours in Biomolecular Science I think the Neuro should be a bit more convinced that you can do it! Good luck but the job is out there for you to get!!
You must log in or register to reply here.
Share:
Facebook Twitter Reddit Pinterest Tumblr WhatsApp Email Link
Top