New to this: how are seizures affecting others' memory?

I was just diagnosed with epilepsy in June, though I have had auras since I was in high school (I am 30 now). I had my first grand mal then, and I'm pretty sure I've been having them in my sleep? I'm definitely stressed and sleep deprived (and in the midst of the processual undergoing of finding the right anti-depressants), but I woke up the other morning and the side of my mouth was all bitten up and bleeding, and I couldn't remember anything from the day before (and I was not intoxicated or anything else like that). What other experiences with memory or memory loss have others had in relation to having epilepsy?

I have auras (mostly of the deja vu tendency) multiple times a day (and again, have since I was much younger), but ever since I had the grand mal, it's as if they have come back with more fervor -- they are longer, more intense, feel more...other worldly? I don't want to sound crazy, but does any one else feel this? Like there is something...more?...to these auras? It feels unnatural or reductive for me to just dismiss them as being neural misfirings.

Any thoughts would be appreciated! Again, I'm new here, haha so please don't balk at me too hard.
P

Welcome to the forum! I've had seizures for 48 yrs. and just like you I was having them in my sleep but I didn't realize it until my Dr.
did a sleep study on me along with an e.e.g. and it showed I was having seizures 1-2 hrs. before I would wake up in the morning. These
seizures are called myoclonic seizures. My Dr. put me on vimpat for them and since then I've had no more.

In regards to the aura seizures I often have them right before an absence or complex partial seizure and this is what my
Dr. told me to do and you may want to give it a try and that is the moment you feel an aura seizure start up tighten up all
the muscles in your body and make your hands into tight fists for a few seconds, if you do it fast enough it will stop the seizure.
I've been doing this since the 1970's and it's stopped many seizures.

My Epileptologist told me to stay away from anti depressants because they will just reverse what the seizure med will do for you
and in turn it can lead to seizures for some people. I've found taking vitamin B12 1000 mcg. once a day a big help.

Stress and lack of sleep are the 2 main things that can trigger seizures for a person and for women often when they go
through their change that can cause more seizures or it can decrease seizures. I know when I went through my change I had
a lot more seizures but once it was over the seizures decreased. I found using the zinc and natural progesterone cream that
you can buy in health food stores a big help for me along with eating nuts.

In regards to memory a lot of that has to do with the seizure meds a person takes and how many yrs. a persons had seizures.
I had surgery over 20 yrs. ago to reduce my seizures and my surgeon took out the right hippocampus (where the short term
memory is) because over the yrs. the seizures hardened and shrunk the hippocampus. My surgeon told me to do a lot of math
word search puzzle and brain teasers to better my memory and it has been a big help. I wish you only the best of luck and May
God Bless You!

I have horrible memory lost due to epilepsy. After a seizure I can forget anywhere from a few minutes or days. When I came home from the hospital after my first seizure, which was very bad and I was admitted for around two weeks, I'd forgotten nearly 10 years. Very little stayed up there. At the beginning my memory was horrible after a seizure. There was a time I'd lost about 3 days after one. Even now my long term memory isn't that great, some times my short term too.

There have been times that I've woke up with the inside of my mouth chewed out too so I know I've had a seizure in my sleep. There have been other things that have happened while I'm sleeping that I know were caused by a seizure. A few of them were loosing my bladder in bed at night.

As Porkette stress and lack of sleep are two of the main causes of seizures. Anytime one of these are going on in my life I'm almost guaranteed to have a seizure.

I'd talk to your neuro about what's going on. Changes might need to be made with your meds or something else.

No one's going to balk at you either! It's nice to meet you!
N

My memory is in good shape -- but I should note that after a spate of grand mal seizures over the course of a decade, my seizures have been well-controlled by meds. I had short-term memory loss after my last big seizure, but I've had no problems since then.

I had a neuropsych evaluation done after my last seizure -- something you might consider if you're worried about your memory. The eval consists of a series of exercises administered by a neuropsychologist. Among other things, the tests measure different kinds of memory (verbal, visual, short-term, long term, encoding and recall). The results can give insight to any cognitive issues you might be currently experiencing, and can also set a baseline for comparison in case you experience changes down the road. The neuropsychologist can also use the results to help pinpoint what cognitive areas may be affected by seizures, meds, or other issues (such as depression), and can offer advice for addressing any problems.
N

Cgrey said:
I have auras (mostly of the deja vu tendency) multiple times a day (and again, have since I was much younger), but ever since I had the grand mal, it's as if they have come back with more fervor -- they are longer, more intense, feel more...other worldly? I don't want to sound crazy, but does any one else feel this? Like there is something...more?...to these auras? It feels unnatural or reductive for me to just dismiss them as being neural misfirings.
Click to expand...

I think that's the nature of certain kinds of auras -- they really are neural misfirings but they feel "otherwordly" because our brains can't come up with a "normal" explanation for what's happening. Since partial seizures tend to occur in areas of the brain related to emotions, memory, and perception, they can provoke intense feelings, convincing "false" memories (deja vu and jamais vu), and powerful visual distortions (alice-in-wonderland syndrome, out-of-body experiences, etc.). The disconnect between these sensations and what our brains know (at some level) is actually happening is why it feels as if there’s something more going on. But there isn't.

That said, calling auras neural misfirings doesn't have to be dismissive! It's amazing how weird and wonderful our brains are, the unexpected ways they behave and respond at every level (conscious/subconscious/unconscious), the plasticity, diversity and creativity.... You might be interested in the novel "Lying Awake" by Mark Salzman, any of Oliver Sacks’ books, and also the TED talk "My Stroke of Insight" by Jill Bolte Taylor: 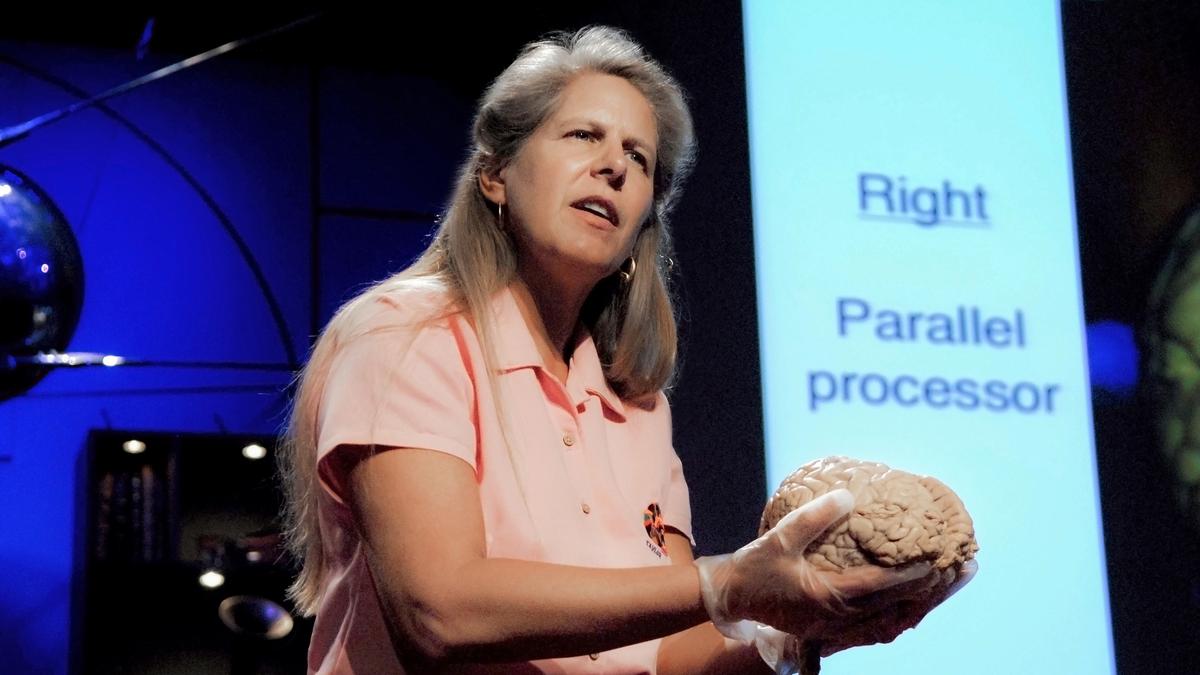 My stroke of insight

Jill Bolte Taylor got a research opportunity few brain scientists would wish for: She had a massive stroke, and watched as her brain functions -- motion, speech, self-awareness -- shut down one by one. An astonishing story.

Thank you so much everyone! This is really helpful. Am meeting with a doc next Friday so I will report back!

I've had 2 neuropsych evaluations, 1 was in 2010 having my brain surgery and 1 in 2015 when my seizures returned.
Both evaluations showed that my memory is in the normal range but during my 2nd evaluation the neuropsych picked up that I have more issues with my memory when I'm stressed.

Hello & welcome to the forum. I've also had epilepsy since childhood, but it wasn't diagnosed until I had some grand mal seizures at the age of 14. That is when doctors realized that the "weird feelings" I constantly complained about were actually petit mal (simple partial) seizures. Now, I also have complex partial seizures--those began about 20 years ago. I have tried every AED out there. I was allergic to some, those which I could/can take seem to stop working after a while. Within a short time of starting a new medication, my seizures seem to gain a tolerance to them. I always average 1-3 seizures/month.
You must log in or register to reply here.
Share:
Facebook Twitter Reddit Pinterest Tumblr WhatsApp Email Link
Top