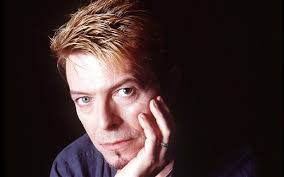 Yesterday David Robert Jones (69) lost his battle with cancer, a cancer we didn't even know he had.

What a great loss. He was my hero since I was age 14. Saw him performing live three times, the Serious Moonlight Tour in the Rotterdam football stadium in 1983 was the best concert I ever saw.

May he rest in peace and be remembered for his tremendous meaning to music, pop history and for the fine man he was.
Last edited: Jan 11, 2016

It's hard to believe, isn't it?! He just released a new album and celebrated his 69th birthday a few days ago.

I envy you, Dutchmom, getting to see him in person, it must have been incredible. The man was just crazy talented. I remember him from when I was a kid in the 70's and I thought he was so weird even though in my heart of hearts I kind of liked his songs. It wasn't until my teens and early twenties that I really discovered how amazing he was.

It's incredibly sad, but he was working and being amazing still, right up to the end. RIP
N

Wow, I had no idea he was sick. I still play his records. He was an original -- I don't think there are many artists out there in the auto-tune world making the kind of music he did.

Truly one of the greats. David Bowie will be missed.
J

İ saw the new this morning , didn't realize he was sick either these performers defined their era.

When I saw this on the news it shocked me. I was just looking up details about his latest album on Saturday.

He was always one step ahead of the rest with his music.

R.I.P. David. I was very surprised to hear the news, also! He was one of a kind.

Small tribute to a chameleon

"I don't know where I am going from here. But I promise it won't be boring."

Look up here, I'm in heaven
I've got scars that can't be seen
I've got drama, can't be stolen
Everybody knows me now

This way or no way
You know, I'll be free
Just like that bluebird
Now ain't that just like me

---
​
"If you're ever sad, just remember the world is 4.543 billion years old and you somehow managed to exist at the same time as David Bowie."

Do you remember a guy that's been
In such an early song?
I've heard a rumor from Ground Control
Oh no, don't say it's true

They got a message from the Action Man
"I'm happy, hope you're happy too
I've loved all I've needed, love
Sordid details following"

The shrieking of nothing is killing, just
Pictures of Jap girls in synthesis and I
Ain't got no money and I ain't got no hair
But I'm hoping to kick but the planet it's glowing

Ashes to ashes, funk to funky
We know Major Tom's a junkie
Strung out in heaven's high
Hitting an all-time low

Time and again I tell myself
I'll stay clean tonight
But the little green wheels are following me
Oh no, not again

I'm stuck with a valuable friend
"I'm happy, hope you're happy too"
One flash of light but no smoking pistol

Want an axe to break the ice
Wanna come down right now
Ashes to ashes, funk to funky
We know Major Tom's a junkie
Strung out in heaven's high
Hitting an all-time low

In addition to his musical talents and innovations, he was a fine actor.

The movie "The Hunger" with co-stars Susan Sarandon and Catherine Deneuve was a masterpiece.

He died the way he lived, with style and grace.

My son was behind an interesting work truck yesterday. I loved his message to David Bowie though and wanted to share it.

Just FYI- it's not typical to have bumper stickers here. Let alone ones that look like those. onder:

Thanks CathyAnn, these kind of tributes bring tears in my eyes.

Wende Snijders performed this beautiful live tribute to David last monday in Holland's most popular tv talk show which was dedicated to Bowie for the whole hour.

Back in the 70's I did not particularly like his music. I thank him for stripping away stereotypes. In a time when to be gay, transgendered (not suggesting for one moment he was either) or to wear make-up was a no no in my teenage circle, he opened people's thoughts to new (new to me) horizons - it was okay to be different! He was creative in his characters, artistic in his imagery, a man of many creations who inspired and gave 'hope' to those who were afraid to stand out, to be themselves, to be accepted, long before diversity was acceptable.

My 12 year old daughter drew this picture for me.

Dutch mom said:
My 12 year old daughter drew this picture for me.
Click to expand...

How cool is that! She's quite an artist.
S

I just love him.He was fighting it for 10 yrs but Dr told him 18 months ago he reach terminal n-stage.All money in world and he never reached his 6score and 10.i never believed the bi sexual bit at the time everybody said they one.
in his own words he King of Changes shrewd man

We're considering to leave her behind in Montmartre when visiting Paris, so she can earn her own pocket money.

No kidding, being a teenager from these days she can't stand Bowie's music but she knows I've always been a great fan. After making her homework and before she goes to bed, she always draws portrait's of her boy band heroes. Yesterday evening I came in her room to kiss her goodnight and she told me: Mom, I've drawn a picture of the skinny man for you. I was stunned and so proud when I saw it.
S

More men and women fantasies over DB than anyone else apparently ..I not saying.I saw him live once in London he in clown mode Ashes to Ashes I think it possible he had few lines but so proffesional real showman.Glass spiders from Mars one of the best things I seen.
I dumped my son in Paris he was so pi88ing me off but dumped him near Odean the deaf restraint where food to die for 3/4 cheaper than anywhere else the twist is he got sign for it Fsl there are pictures it keep her occupied and very good for soul and lesson in patence
You must log in or register to reply here.
Share:
Facebook Twitter Reddit Pinterest Tumblr WhatsApp Email Link
Top