Status
Not open for further replies.

I was diagnosed with epilepsy 16 years ago. My seizures have never been controlled with medication. Due to multiple focal points I did not qualify for brain surgery. My Neuro suggested the VNS and I decided to give it a shot. I had the surgery on 7/21/00. The device never helped my condition but I never regretted my decision, that is until 7/02/06 when the device malfunctioned and nearly killed me. On that date I started to experience what I thought was a new type of seizure. The episodes began with a sudden sharp pain in the throat followed by choking and then unconsciousness. I was not alarmed by this because I have several different types of seizures. My parents happened to stop by that Sunday morning for a visit. They realized that something was terribly wrong and called my Neuro and EMS. My last memory of that morning was being inside of the ambulance., when I regained consciousness I was in the ICU. What was actually happening is the device was stopping my heart (asystole) during the 30 second on cycles. Once my Neuro realized that the problem was cardiac in nature and not seizure activity he had to rush to his office to retrieve the equipment to deactivate the VNS. Once the device was turned off I regained a normal heart beat. My VNS was programmed at 30 sec/3 min and I experenced approx 40 episodes of asystole. I am a very lucky man to have survived that ordeal.
Dennis100

Glad to see you have found Bernard's site and I know you are a member on mine.

WOW! What a scary thing! I wonder how many others have experianced what you went through. Did you and your doctor report this to the FDA?

Was this a lead fracture that caused this or a stimulation problem? How were you recieved from Cyberonics reporting this? Almost everyone I know who has reported issues with the VNS has gotten the cold shoulder treatment from the company. If things are good and benifits are up then they are your best buddy, but when trouble happens, HOLY CATS! They don't know you exsist.

I do hope you will also post this to my site in case there are others out there who may be experiancing a simular problem.
D

I have tried to post on the VNS message board but have been denied access. I am not very computer literate so maybe I am doing something wrong. To answer your questions, I did finally report the incident to the FDA after finding out that my Neuro and Cyberonics had no intention on doing so. In Aug of 06 I met with my Neuro and a Cyberonics rep. They reviewed the x-rays and did not detect any abnormalities. The Cyberonics rep asked my Dr. to perform a lead test. My Neuro yelled at this idiot and told him that he would never think of doing such a thing unless we were in a hospital. I guess that fool just wanted see it with his own eyes.

Dennis I am sorry about your account, it had been set to guest. The company that has my site changed their systems out and there have been a few bugs that pop up from time to time. Some of these bugs change the settings on the board. I have no way of searching for new setting alterations so I must rely on members to send me an email telling me of any errors.

I am sorry for the inconveniance.


That rep couldn't be a truer idiot ! At least the one who visited me before my removal, declined an interrogation since mine had been off for a few years. Even he knew it would cause horrendous pain. But to have that fool want to see if your heart would really stop, is beyond shock!

"We all float down here!" 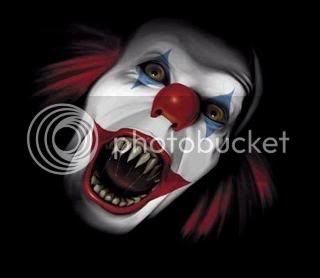 Welcome to CWE! So sorry you had to undergo
what you did with VNS! But I'm sure Birdy will
fix you up over there in a jiffy. I'm a member over
there and I do lurk, and I've been talked into
having a VNS ~ but like "me", I like to check
not just the fine print, but what everyone else
says (the OWNERS) ... that's the way I am.

I am like this when I buy new cars/trucks/
television/etc ... I don't want to hear what
the "Company" says, or what Customer Report
says --- I want to hear what PEOPLE - John
and Jane Q Public says ...

Then I weigh the pros and cons, so I do a lot
of homework before I "fire the trigger". I'm a
Hunter, I've been known to lay my gun or
rifle or even archery weapon down because
I just did not feel it was a "safe fire" due to
not being able see the full depth of field, as
far as I was concerned, there "could be a
person over there totally unaware of what
was going on" - even trophy bucks have gotten
away because of this practice and not to
mention I've been yelled and cursed at for my
"stupidity" of letting the big one go; but to me
it was SAFETY FIRST. I'd rather not take the
risk, there will always be another time.

Same way with surgeries I'm supposed to
have, but I've put them off. I've even had
a knee surgery that was supposed to be
mandatory or otherwise I'd have to have a
total knee replacement or possibility be
crippled on my right knee within 5 years or
less; but I declined it ... that was 26 years
ago and I still haven't had that surgery
performed yet! I do know that weather and
sudden change of temperature causes that
knee to become severely aggravated, but it
is for a short moment, for example.

I've had too many operations and I dislike it,
and those I've had were life threatening or
weren't of much choice and had to be done.

I've been called a Stubborn Old (Bleep) before
by a Surgeon. That's fine, call me whatever
you want ... but he later became good friends
with me after learning that I loved to evaluate
everything to the core.

I am not the person who puts the cart before
the horse. I'm sorry. I just won't do it and that's
why I hesitate a lot. I'm not resisting, I just do
not like to be pushed over the fence and rushed
into everything unless it's a dire emergency.

Hi Dennis - Welcome to CWE
I am unclear... are you still having seizures?
You have been on a wild ride. I am so sorry to hear that. Hope you are feeling better.
I hope you make youself at home here. Lots of reading material.
D

Hello Robin
Unfortunately my seizures have never been controlled with medications or the VNS. I have had two Neurologists tell me that they have done all that they can for me. I have been living with epilepsy for 16 years and have accepted the fact that I will never be free of seizures. I look at it as an annoying inconvenience more than anything else. The only thing that bothers me is the lack of public understanding when it comes to epilepsy.

Have you ever tried any alternative therapies?
After reading Epilepsy: a new approach I have a greater understanding of new ideas that my daughter can try. I am going to take Rebecca to the EEG Institute, (they have a banner on this site), for a free consultation. My belief is that this might an approach that will help her in many aspects of her life, even if it doesn't control her seizures 100%. Though that would be my goal, of course.
S

Poor you...to know that you have to live with this. There has to be something out there that will help you. I'm still hoping my dtr will end up seizure free. We keep hoping and praying and trying drug after drug. Nothing works so far. We are ever hopeful. I can't stand to see her crying because of her seizures. I spent a whole night comforting her after she had a seizure in her bed. And one time she drowned in "Wave pool" and ended up in the Children's hospital fighting for her life because she had a seizure in the pool. It was awful. I wish I could take it away from her. s-j

It sounds like you are lucky to be alive.

I'm sorry the VNS didn't work out for you. Have you tried any of the "seizure control diets" or EEG neurofeedback? There may yet be an option for you to gain seizure control.

Status
Not open for further replies.