Does Medicare part D really not cover some brand name medications at all?

I lost my insurance. I was declared disabled sometime back, but have never used Medicare before so I didn't know the first thing about it. I thought I could depend on it when my insurance ran out. I'm looking at Part D plans. It *appears* as if brand name Tegretol and Felbatol are not covered at all. I've never been in this situation before - there was always some way to get them.

I lived for many years without insurance and always managed, but this is the worst.

I called 4 part D providers. It looks like brand name Tegretol XR and Felbatol are not covered at all under part D (at least in my area). It's not a matter of prior authorization, etc. Some brand names simply aren't covered at all. Apparently the only way you can get them is if you file an appeal with a letter from your doctor, which may be denied. These are the best plans available in my area.

Even the generics are insanely expensive, depending on the provider. I'm talking about $100-500 for carbamazapine extended release or $200-1500 for felbamate, each month. Generic. This is because the generics are usually tier 4 drugs, which means that you can't pay a co-pay, but have to pay a percentage of the total cost. Under some plans your out of pocket actually goes UP after the first months. The only way to get around that is to request a tier exception, which has to be approved. This could make your meds a tier 3 rather than 4, which means you would have to pay less percentage, or only a co-pay. Remember these are costs for the generics.

The insurer has to "request" that the plan goes into effect on the first of the month with the government. It may or may not go through the next month - you may have to wait a month.

I found only one insurer that said that the generics were covered under a co-pay. YOU MUST SHOP AROUND AND CALL EACH PROVIDER - ASK WHAT YOU WILL PAY FOR YOUR MEDS. Your cost can change a lot.

I have enough Tegretol to get me through until I can file an appeal. I know for sure I've had problems with generic Tegretol. I have no choice whatsoever but to take generic felbamate for at least a month. As Cint mentioned in my other post, as far as we know, there are about 5 manufacturers of generic felbamate - which means my level could change every month. This is my best option right now. I believe this is wrong.

My advice: Get something besides part D, if you have that option.

I'm sorry that Medicare won't cover for the tegretol, seizure med can be very expensive. You may want to look into GAP insurance
you can get it at the office of the aging in your area. They can set you up with insurance that will pick up what Medicare won't pay.
My mom got the gap ins. and she only pays $45.00 a month and it covers everything medicare doesn't. I wish you the best of luck
and May God Bless You!

I agree that AEDs are INSANELY priced. A few years ago I was taking 400mg/day of both Vimpat & Topamax. I had to switch from Vimpat to Zonisamide because my husband's new insurance wouldn't cover any of it. To stay on it, I would have had to pay $1600/month just for it. Even then, the copay was $300 for a 3 month supply of generic versions of everything.

Matthew74 said:
Apparently the only way you can get them is if you file an appeal with a letter from your doctor, which may be denied.
Click to expand...

You need to get your doctor be a big fighter for you. If the only AEDs that will help you are name brands, then the doctor has to have that spelled out loud and clear to them. It may take some doing, but it can be done. I had to go toe to toe with my previous doctor about this same issue. After going through the 15% variation speal, I noted my issues with all the generics. The rotating generics weren't helping me, just hurting me. So my then doctor got my insurance to approve my name brand Trileptal. Which currently goes around $2000+/month. Which I'm still taking even after my surgery, and plan to stay on for some time.
M

Matthew74 said:
I lived for many years without insurance and always managed, but this is the worst.
Click to expand...

My daughter is on Vimpat and it has been working really well for her. My husband recently switched jobs and we went through the same problem. Our copay jumped from $70 to $300 per month. I talked to the pharmacist and found out that you can get coupons for these brand named drugs. He signed me up at CVS and Vimpat sent me an email with a savings card and it brought my copay down to $20 (!!) I was about to pay the $300. I am so thankful he told me about it. Also they just sent me another email with a new card, so I think you can just keep getting coupons each month. Talk to your pharmacist about it or call CVS.
Hope it works for your particular drug..Good luck!!
S

Sabbo said:
I expected to pay around $300, as I always had--when this was our insurance company before. Now, my copay is $48 for a 3 month supply!
Click to expand...

That may have been because of coronavirus. Many providers are allowing 3 month supplies.

Once I was covered it turns out that brand name Tegretol XR was covered under insurance. IDK if this was a change or what.

I requested a "Formulary Exception" for Felbatol, which makes brand name covered under insurance. I requested a "Tier Exception" for Tegretol XR, which makes it less expensive. The easiest way was to call the insurance and they took care of everything. They sent a request to my doctor for approval, etc. I called my doctor to let them know. Both were approved. The insurance told me over the phone that they are usually approve if there is need.

I had to pick up generic Felbatol, since I was out. I had taken it before without any problems, but this was a different manufacturer. I felt miserable and had a complex partial - even though I was taking extra. I had to go up even more for a week or so. I was a zombie, so I brought it back down, but I don't feel the same. I'll be glad when I can get back on my normal meds.

The only thing I have to worry about now is exceeding my coverage dollar-wise. Fortunately they extended the COBRA application period to September (?) so I may end up going back on my old insurance. It's expensive, but if I end up in a coverage gap with Medicare, it may end up being the best option. I'll also have the option of adding additional coverage to Medicare at open enrollment.
B

Check your meds in these links and use the best price. You can save up to 80%

Search prescription prices, find coupons, & save up to 80% on medications at a pharmacy near you. Get free Rx coupons & start saving today! 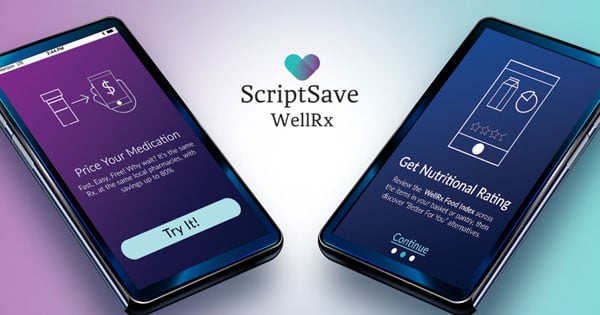 Good luck with it, the only reason they ever have mine is stock is I think someone important has a twitchy dog that takes it to, so lucked out, there is actually a support group over here for people who have epileptic pets, I have only seen that twice and both time I would sound biased if I described they neighborhoods

When I was on my husband's insurance the prescription plan was $8 for any drug. You could get a 1 month or 3 month refill for the $8 too. Now since my divorce I'm on EnvisionRx. I can't believe how much a prescription cost now. When I picked up one of my last prescriptions the pharmacist's eyes bugged out and said "This is pretty expensive!" It was almost $400 for a three month supply. When I got it filled for the first time the pharmacist did the same thing.

I wish the company's that make the drugs would understand how expensive they are and how they expect people who need them can't afford them!
Last edited: Jun 5, 2020

I got my brand name for both. If you get a formulary exception you cannot also apply for a tier exception for the same drug. Felbatol was $180 a month. I'm now in the coverage gap, which means I'll have to pay full price next month, so I'm going to try to get COBRA. The cheapest I've seen it, including discounts, is about $2,000 a month. That's kind of absurd for a 20 year old drug.

FYI : I couldn't get a 90 day supply because it put me in the coverage gap. I was still covered for a 30 day. (It does allow you to get 90 days, provided you haven't exceeded the coverage max - but I had.) The pharmacist doesn't know this. So when they submitted the claim, they got the "wrong" price from the insurer. I asked them to submit the 30 day and it went through. No one tells you this until it actually happens, which means that you could get stuck unable to afford your meds at all.

I have taken generic Felbatol several times before but this one was different. I had to take more, still had two complex partials, the side effects were bad, and I felt miserable. The "brand" was "ANI Pharmaceuticals, Inc." (manufactured by "Bora Pharaceutical Laboratories, Inc.") It might be ok for you, but it didn't work for me. The whole month was sort of like an endless fog. I feel much better now.
You must log in or register to reply here.
Share:
Facebook Twitter Reddit Pinterest Tumblr WhatsApp Email Link
Top