“Pfizer, the drug maker, has been ordered to pay a total of $142.1 million in damages for violating federal racketeering laws in the marketing of its epilepsy drug Neurontin.

Kaiser officials claimed they were duped into believing that migraines and bipolar disorder could be treated effectively with Neurontin, approved in 1993 by the Food and Drug Administration for epilepsy…”

For more information, go to:

Judge Patti B. Saris of United States District Court in Boston upheld a jury’s finding that the Kaiser Foundation Health Plan and Kaiser Foundation Hospitals deserved the award over their claims that Pfizer illegally promoted Neurontin for unapproved uses.
In her ruling on Thursday, Judge Saris tripled the jury’s award of $47.3 million under a provision of the Racketeer Influenced and Corrupt Organizations Act of 1970.
Click to expand...

Pfizer currently faces more than 300 suits accusing it of illegally promoting Neurontin or hiding its health risks.
Click to expand...

Maybe. Their profit margin was in the billions I think. Now if the other 300 lawsuits are awarded the same amounts, then it goes beyond pain.....Death By 1000 legal Papercuts
HA-HA!
M

So the score as I can figure it out (I'm not too good at math), is Pfizer has been ordered to pay a total of $142.1 million in damages for violating federal racketeering laws in the marketing of Neurontin (used for epilepsy).

Kaiser claimed it was forced to pay $90 million more than it should have for the drug.

In 2004, Warner-Lambert pleaded guilty and agreed to pay $430 million to resolve off-label marketing allegations by the Justice Department.

One robbing from Peter to pay Paul. They're all greedy SOBs. 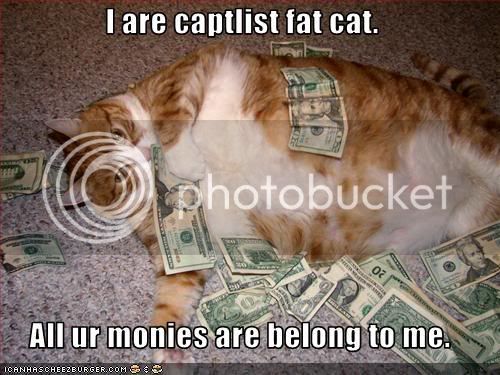