Menu
Log in
Register
Install the app
You are using an out of date browser. It may not display this or other websites correctly.
You should upgrade or use an alternative browser.

Why wedding dresses are white (joke) Battle between MEN -vs.- WOMEN

Men: To their credit, men do not decorate their penmanship. They just chicken-scratch.

Women: Women use scented, colored stationery and they dot the "i" with circles or hearts. Women use ridiculously large loops in the "p" and "g". It is a pain to read a note from a woman. Even when she's dumping you, she will put a smiley face at the end of the note.

Women: A woman makes a list of things she needs, then goes out to the store and buys those things.

Men: A man waits till the only items left in his fridge are half a lime and a beer. Then he goes grocery shopping. He buys everything that looks good. By the time a man reaches the checkout counter, his cart is packed tighter than the Clampett's car on Beverly Hillbillies. Of course, this will not stop him from going to the express lane.

Women: When a relationship ends, a woman will cry and pour her heart out to her girlfriends, and she will write a poem titled "All Men Are Idiots". Then she will get on with her life.

Men: A man has a little more trouble letting go. Six months after the break-up, at 3:00 a.m. on a Saturday night, he will call and say, "I just wanted to let you know you ruined my life, and I'll never forgive you, and I hate you, and you're a total floozy. But I want you to know that there's always a chance for us." This is known as the "I Hate You / I Love You" drunken phone call, that 99% of all men have made at least once. There are community colleges that offer courses to help men get over this need.

Women: They prefer 30-40 minutes of foreplay.

Men: They prefer 30-40 seconds of foreplay. Men consider driving back to her place part of the foreplay.

Women: They mature much faster than men. Most 17-year old females can function as adults.

Men: Most 17-year old males are still trading baseball cards and giving each other wedgies after gym class. This is why high school romances rarely work out.

Men: Men's magazines often feature pictures of naked women. Men are turned on at the sight of a naked woman's body.

Women: Women's magazines also feature pictures of naked women. This is because the female body is a beautiful work of art, while the male body is lumpy and hairy and should not be seen by the light of day. Most naked men elicit laughter from women.

Men: A man has six items in his bathroom -- a toothbrush, shaving cream, razor, a bar of Dial soap, and a towel from the Holiday Inn.

Women: The average number of items in the typical woman's bathroom is 437. A man cannot identify most of these items.

Women: When preparing for work, a woman will put on a wool suit, then slip on Reebok sneakers. She will carry her dress shoes in a plastic bag from Saks. When a woman gets to work, she will put on her dress shoes. Five minutes later, she will kick them off because her feet are under the desk.

Women: A woman knows all about her children. She knows about dentist appointments and soccer games and romances and best friends and favorite foods and secret fears and hopes and dreams.

Men: A man is vaguely aware of some short people living in the house.

Women: A woman will dress up to: go shopping, water the plants, empty the garbage, answer the phone, read a book, get the mail.

Men: A man will dress up for: weddings, funerals.

Women: Women do laundry every couple of days.

Men: A man will wear every article of clothing he owns, including his surgical pants (the ones that were hip about eight years ago) before he will do his laundry. When he is finally out of clothes, he will wear a dirty sweatshirt inside out, rent a U-Haul and take his mountain of clothes to the Laundromat. Men always expect to meet beautiful women at the Laundromat. This is a myth perpetuated by reruns of old episodes of "Love American Style."

Men: When the check comes, each man will each throw in $20 bills, even though it's only for $12.50. None of them will have anything smaller, and none will actually admit they want change back.

Women: When the girls get their check, out come the pocket calculators.

Men: Men are vain and will check themselves out in a mirror.

Women: They are ridiculous; they will check out their reflections in any shiny surface: mirrors, spoons, store windows, bald guys' heads.

Women: When a woman reaches menopause, she goes through a variety of complicated emotional, psychological, and biological changes. The nature and degree of these changes varies with the individual.

Men: Menopause in a man provokes a uniform reaction - he buys aviator glasses, a snazzy French cap and leather driving gloves, and goes shopping for a Porsche.

Women: A woman can visit her girlfriend for two weeks, and upon returning home, she will call the same friend and they will talk for three hours.

Women: Women like Richard Gere because he is sexy in a dangerous way.

Men: Men hate Richard Gere because he reminds them of that slick guy who works at the health club and dates only married women.

Same as above, but reversed. Same reason.

Women: Little girls love to play with toys. Then when they reach the age of 11 or 12, they lose interest.

Men: In the locker room men talk about three things: money, football, and women. They exaggerate about money, they don't know football nearly as well as they think they do, and they fabricate stories about women.

Women: They talk about one thing in the locker room - sex. And not in abstract terms, either. They are extremely graphic and technical, and they never lie.

Men: The only actor who has ever appeared nude in the movies is Richard Gere. This is another reason why men hate him.

Men: A man can get away with wearing one ring and that's it. Any more than that and he will look like a lounge singer named Vic.

Men: Men need a good disagreement to get talking. For instance, "Wow, great movie." or "What are you, nuts? No REAL cop would have an Uzi that size."

Women: Women, not having this problem, try to initiate conversations with men by saying something agreeable: "That garden by the roadside looks lovely." "Mm hmm." Pause. "That was a good restaurant last night, wasn't it?" "Yeah." Pause. And so on.

Women: Leg warmers are sexy. A woman, even if she's walking the dog or doing the dishes, is allowed to wear leg warmers. She can wear them any time she wants.

Men: A man can only wear leg warmers if he is auditioning for the "Gimme the Ball" number in "A Chorus Line."

Women: Women on a girls' night out talk the whole time.

Men: Men on a boy's night out say about twenty words all night, most of which are "Pass the Doritos" or "got any more beer?"

Women: Women use restrooms as social lounges. Women who've never met will leave a restroom giggling together like old friends. Women also go to the restroom in packs, at least two women at a time excuse themselves to use the restroom.

Men: Men use restrooms for purely biological reasons. Men in a restrooms will never speak a word to each other. And never in the history of the world has a man excused himself from a restaurant table by saying, "Hey, Tom, I was just about to take a leak. Do you want to join me?"

Why do women talk in one syllable words whenever men are near?

So the men can understand the conversation. :banana:
A

Why do women talk in one syllable words whenever men are near?
....
'Cause they need a breath of FRESH AIR!


The grill will be going and beer flowing tonight.

BuckeyeFan said:
The grill will be going and beer flowing tonight.
Click to expand...

Oh good, so you'll be cooking supper and bringing me my beverages, nice to see a man who knows his place :roflmao:
Last edited by a moderator: Apr 29, 2010

seizingbeauty said:
Oh good, so you'll be cooking supper and bringing me my beverages, nice to see a man who knows his place :roflmao:
Click to expand...

Now let's see if he knows his grills! 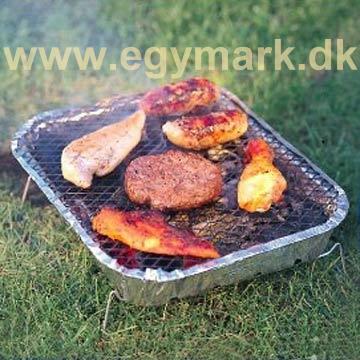 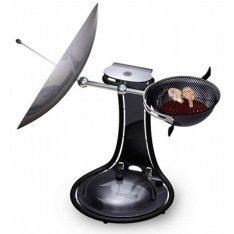 
Try one of these...awesome grills 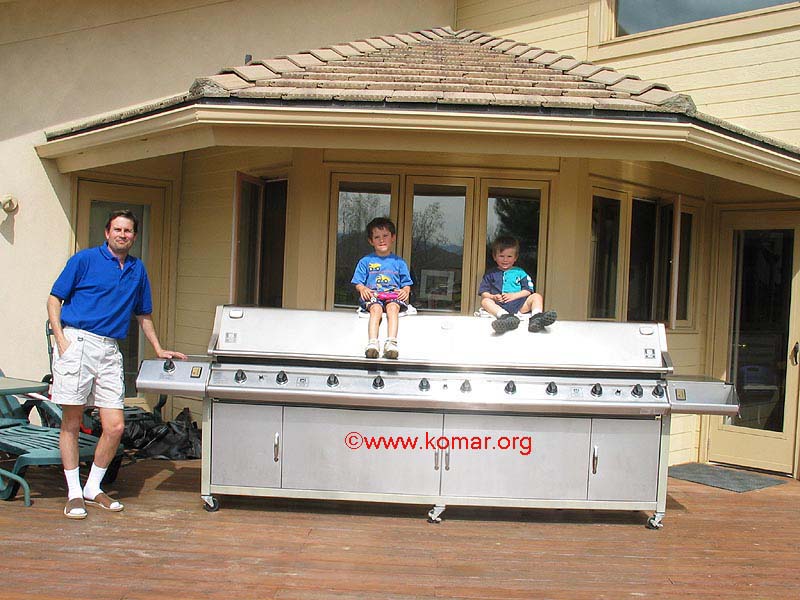 All I know is this picher shows the wimmen doin the werk for once...all is right in the world.
fft:

OK! Here I go!
Notice the look on dat woman's face. She's ready to throw dat meat right off the balcony. She can't stand far away from it. Her husband cooked dat meat and it's rancid! .... When are you guys ever goin' get it right!
Last edited: Apr 29, 2010

Women: Women's magazines also feature pictures of naked women. This is because the female body is a beautiful work of art, while the male body is lumpy and hairy and should not be seen by the light of day. Most naked men elicit laughter from women.

Cinnabar said:
OK! Here I go!
Notice the look on dat woman's face. She's ready to throw dat meat right off the balcony. She can't stand far away from it. Her husband cooked dat meat and it's rancid! .... When are you guys ever goin' get it right!
Click to expand...

You crack me up!
The look of disgust is CLEAR as a bell!

Now these boys should be able to tell good meat from bad since they seem to handle it so much! Oh wait... now that I think about it maybe the CAN'T tell the difference. We'll let then eat that crap, come on girls, we're going to the sushi bar to flirt with the chef! Drinks are on me!

Me love you long time!

Do you think if he let go the barbecue would just roll away with those kids on it ?....his house looks like it's built on a slope :roflmao: :roflmao:

it is on a slope. a man built it without the instructions. He threw those out because "he knew what he was doing"

Face it guys.....you've been had!
Now I'd like a Capt. Morgan Private Stock and coke, over cracked ice, and 2 cherries, please.
L

Rae1889 said:
it is on a slope. a man built it without the instructions. He threw those out because "he knew what he was doing"
Click to expand...